The internet is a virtual treasure trove of goosebump-inducing photos filled with ghosts, some of which may be bonafide evidence of the paranormal, and some of them – ok, a lot of them – which definitely aren’t. In this edition of the Ghost Photo Roundup, we’ll take a look at some of the weirdest and and most interesting examples of ghostly photography making the rounds on the internet. Hit the lights and let’s get spooky!

Ghost In The Hallway 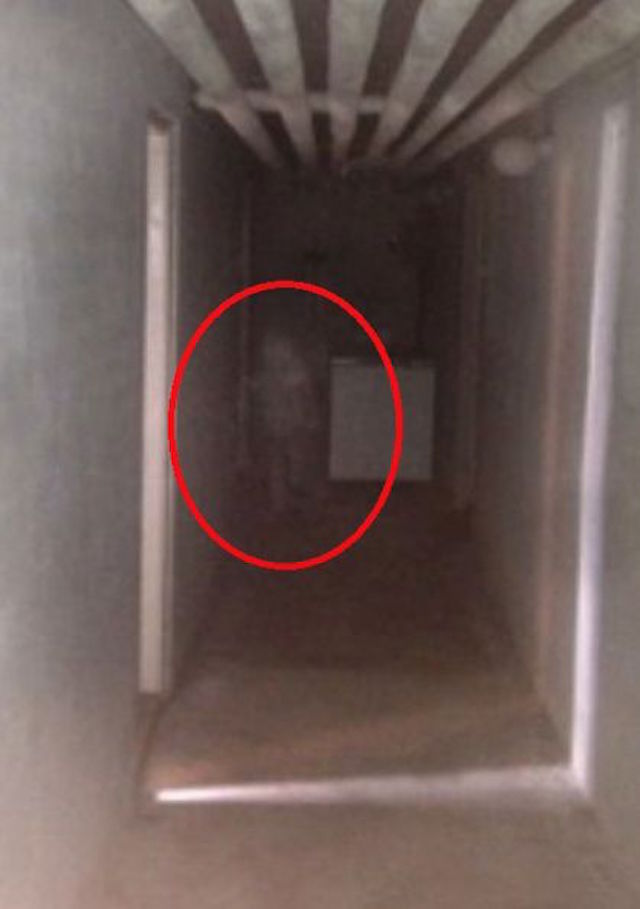 This exceptionally strange photo was snapped by a group of carpenters in Norway who were hired to perform renovations on a historical site. Unfortunately, after just a few weeks, the men began experiencing some unexplainable activity. The strange knocks, disembodied voices, and other mysterious phenomena got so bad that the men refused to finish their work on the basement. After a particularly active day, one of the men took a series of photos down a particularly problematic hallway, and when they discovered what resembled a “white shadow resembling a man” in the images, they left and vowed never to come back. This odd photo was taken on January 11, 1978, and has been at the center of many debates about the validity of the image. According to the photographer, Richard Wiseman, the woman shown partially hidden was not only not there when the photograph was taken, but at the time Wiseman was sure he’s never seen her at all. Of the many photos taken that day, this was the only picture that the mysterious woman appeared in. Taken in an unknown graveyard, the “Cemetery Shadow Man” is another image that always sparks quite a bit of debate. Many believe the image shows a man standing in front of his grave, however, others will often point out the strange two-dimensional shape of the shadow, claiming it to be photoshop. Whatever you believe , you can’t deny that the image is super creepy. Taken by a woman known only as “Heather in Pennsylvania”, this photobomb would have sent me running in the other direction. Forget the kid, I’m gone.

“I took this photo of my son with my Samsung Verizon camera phone,” Heather wrote. “He was sitting with his back to the couch. I’m still trying to figure out what the apparition is behind him.”

Skeptics have theorized that the image is just a reflection, however, the photographer was on the other side of the phone taking the actual picture and claims that no reflective surfaces were facing the lens. This image was snapped by a group of paranormal investigators exploring an unnamed park in Salk Lake City, one with a history of bizarre activity, the team claims. The group were investigating the rear of the park at around 3am, when the photographer shot a series of photos. At the time, the team reported that they didn’t see anyone else in the park with them, although they all claim to have felt a strange “spooky feeling” which sent them all in the other direction. It wasn’t until they got home to review their evidence till they discovered the horrifying, red-eyed “demon” staring back at them from the darkness.