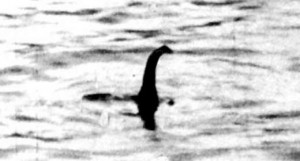 Some private Christian schools in the southern USA have begun teaching some rather.. interesting lessons in the classroom, with the hopes of discouraging their students from believing in evolution.

What kind of lessons, you ask? Namely, that creatures such as that Nessie, aka The Loch Ness Monster, famed Scottish urban legend, is without a doubt, alive and kicking. The idea, of course, being that if it can be proved that dinosaurs walked the planet at the same time as men, evolution is obviously is nothing more than a bust. Sure.

Private schools, such as Eternity Christian Academy in Louisiana have begun teaching the ACE curriculum:  Accelerated Christian Education. These schools, which, by the way,  have begun receiving state voucher money taken from the public school funding, are utilizing the ACE curriculum not only to teach that “dinosaurs were fire-breathing dragons,” but also that the “Loch Ness monster has been recorded on sonar from submarines”.

Disturbingly enough, there’s a reported 200,000 students receiving this education, not just staying within North America but also to parts of the UK, with teaching happening in no less then 13 American states.

At the very least, the Scottish tourist industry is probably set to see an increase in travelers coming to catch a glimpse of Nessie, even if they do have their bibles clutched firmly to their chests.

More at: The Herald Scotland