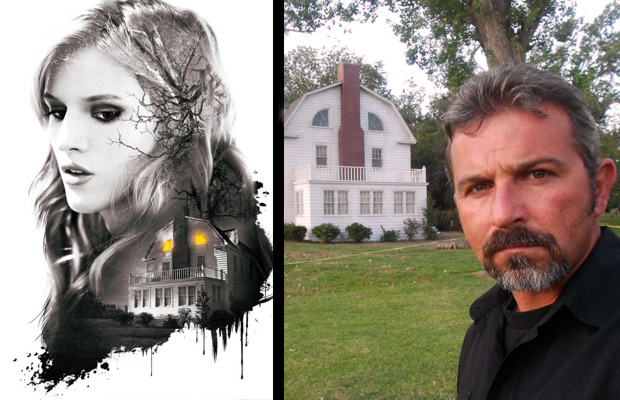 Ever since The Amityville Horror hit bookshelves in 1977, the tale of the Lutz family’s harrowing 28 days in their haunted Long Island home has cemented itself as the gold standard for the line “based on a true story”. Nearly half a century later, a brand new film based on the events at 112 Ocean Avenue is set to be released, but like any good horror story, there have been a few twists along the way. Some are saying that 2017’s Amityville: The Awakening was actually sabotaged by a survivor of the real-life Amityville Horror case.

Way back in 2013, the Weinstein Company announced that Amityville: The Awakening would be released to theaters in January of 2015, adding a tenth film to the official series (not counting half a dozen knockoff’s cashing in on the Amityville name). The film, which stars Bella Thorne, Cameron Monaghan, and Jennifer Jason Leigh, promised to be a modern-take on the classic franchise, following a family who unknowingly moves into the infamous house, only to come face-to-face with the horrors inside.

Eventually, the release was rescheduled for April 2015, before disappearing from the release calendar altogether just a month before it was set to debut. The sudden shelving of Amityville: The Awakening had horror fans fearing the worst. Had something gone wrong?

Enter Christopher Quaratino, one time resident of the real Amityville house, and a man with a a bone to pick. The stepson of George Lutz, Quaratino was present for all 28 harrowing days the family spent in the haunted house, and claims that despite countless retellings throughout the years, the true story behind the terrifying events at 112 Ocean Avenue have never come to light. Quaratino saw the impending release of Amityville: The Awakening as a sign that it was time for him to tell his side of the story, taking to twitter to hurl threats at the Weinstein Company, Blumhouse, and others involved in the film’s production. The original “Amityville Kid” even went so far as to sneak onto the set of Amityville: The Awakening, claiming to have “legally stolen” footage, and vowing to be a thorn in the side of the film’s producers.

After photos of Quaratino on the set of the new film began to make the rounds, accompanied by his cryptic hints that something big was coming, rumors began to spread that it was Quaratino himself who was holding up the release of Amityville: The Awakening. But were the rumors true? I reached out to the “Amityville Kid” for answers, and he was happy to respond.

“I do believe I am responsible for the latest non-release, ” Quaratino told me. “I crashed their set and do have enough quality footage for a feature length film, but that is not what stopped it. I am bringing a lawsuit against both Weinstein Co. and MGM.”

Quaratino claims that MGM never had the appropriate rights to depict the Lutz children in their 2005 film, saying that previous contracts were signed by their parents for a different film, and at the time of 2005’s The Amityville Horror, the kids were all of legal age.

“I was not contacted nor consulted prior to the 2005 remake of The Amityville Horror, a film that was first advertised back then with this statement in the movie trailer : “WE FOUND THE CHILDREN’S DIARIES – THIS IS THE REAL STORY,”  he said. “Not only were there no such diaries to be found, MGM was lacking the proper “rights” to depict the Lutz children at all. The “rights” on file were signed off by our parents while we were minors (for $400 per kid). By 2005, all the children were grown adults, and this was a new movie.”

Even Quaratino’s stepfather, George Lee Lutz, took MGM to court over the 2005 remake, claiming that Ryan Reynold’s portrayal as a dog-killing axe-murderer in The Amityville Horror had defamed his character. His lawsuit was unsuccessful, and strangely enough, he passed away the day the suit was settled. The iconic haunted house didn’t see the big screen again until last year’s The Conjuring 2, during a brief but brilliantly-executed nod to Ed and Lorraine Warren’s involvement in the Amityville Horror case.

I asked Christopher Quaratino if he’d really managed to sneak into the set of Amityville: The Awakening and steal footage, and he says not only are his claims true, he did it all legally.

“..It is not as if I low-crawled under cover of darkness to complete that mission,” he says. “They built the movie set in a public park. I walked right up to it in broad daylight. Doing something that has never been done in cinematic history (to my knowledge), I stole their set on my film. And did it legally.”

The cryptic tweets Quaratino had been sending that referred to “stolen footage” and “stolen houses” finally made sense – he hadn’t actually physically stolen anything from the production company at all, he’d simply managed to stealthily sneak in and use the set of Amityville: The Awakening for his own film, which he plans on releasing in the near future.

“I started my own production company – Clandestine 27 Productions,” Quaratino said. “I still will need additional help as I seek to move forward with my Disclosure. To me an honest telling is what is most important, yet I want it in a professionally-presented film and books.” “No truth to that whatsoever,” Daniel Farrands, the film’s executive producer told me. “The release was moved to June 30th simply to attract a wider summer audience, similar to last year’s Conjuring 2 and Lights Out.”

Not quite the scandal that paranormal buffs were whispering about, but there was the answer, straight from the source. Despite all the rumors, Amityville: The Awakening is simply hoping to scare up a few more butts into movie theater seats.

As for Chris Quaratino, he remains undaunted in his mission to tell his side of the Amityville Horror tale.

“This is a long story,” he says. “Amityville was not the end of it, it was just the beginning!

Want to get up close and personal with The Amityville Horror? You can hold a haunted plank of the actual Amityville house by visiting the Traveling Museum of the Paranormal & Occult!

Related ItemsAmityville HorrorAmityville: The AwakeningBlumhouseChris QuarantinoChris QuaratinoClandestine 27 ProductionsConjuring 2ed and lorraine warrenGeorge LutznewsflashQuaratinoWeinstein
← Previous Story Haunted by the Ghost of a Loved One? The Stars of TLC’s Hit Series ‘Kindred Spirits’ Want to Help
Next Story → Chateau Laroche: Ohio’s Mysterious Loveland Castle is Haunted by the Ghost of its Creator