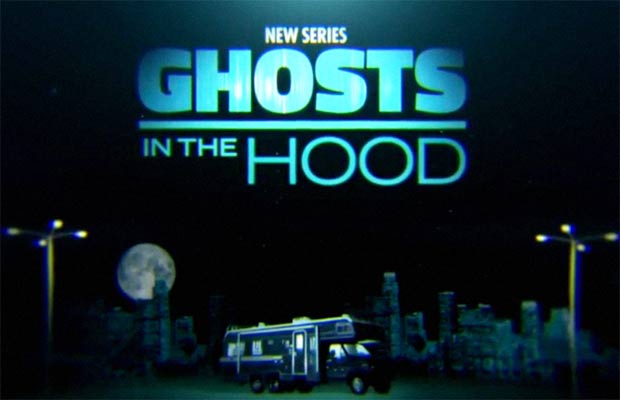 Following the success of Destination America’s Ghost Brothers, the first all-black paranormal reality series, WE tv has thrown their hat in the supernatural ring by green lighting Ghosts in the Hood, a new series featuring a racially-diverse ghost hunting team tackling cases in urban areas.

Ghosts in the Hood follows the investigations of Official Paranormal Operations, a brand-new, Los Angeles-based ghost hunting team that attempts to solve supernatural cases that other teams allegedly refuse to touch.

“Ghosts in the Hood’ and the O.P.O. team brings a unique blend of humor along with out-of-the-box investigative techniques,” WE tv president Marc Juris said. “While they take the job seriously, they don’t take themselves too seriously, making for a ghost-hunting series unlike anything else that’s out there.”

Ghosts in the Hood features amateur paranormal investigator Defecia Stoglin as the CEO of O.P.P., actress Jasmine Orpilla as the group’s psychic medium, Elite Vegas Paranormal Society founder Dave Purdy as the tech expert, comedian Matty Richards as the team “scaredy-cat”, and actress Maunda Oyin as the team’s chief researcher. O.P.O. doesn’t appear to have an online presence yet, but we’ll update when and if that changes. Ghosts in the Hood is produced for WE tv by Gurney Productions, creators of A&E’s Duck Dynasty, and the first season will consist of six one-hour episodes that see O.P.P investigating everything from a funeral home in Compton to a downtown L.A. bar overrun with spirits. They even manage a first in paranormal television – a ghost hunt in a haunted piñata shop.

For long-time paranormal investigators, it’s no secret that the ghost hunting community tends to skew pretty damn white, so a bit more racial diversity in the field is a welcome change. Whether or not Ghosts in the Hood will add anything new to the genre (or whether or not it’s actually a fictional parody of paranormal reality shows – I genuinely can’t tell from the teaser) is yet to be seen, but we’ll be setting our DVRs for the premiere on WE tv, Thursday, Jan. 5, 2017 to find out.