The Sierra Sounds: Most Compelling Bigfoot Audio Recordings Ever Captured

Hear the Sierra Sounds, the Most Compelling Evidence of Bigfoot Speech Ever Recorded In the 1970s, two men recorded a series of stunning vocalizations that would go down as the best audio evidence of Sasquatch ever captured. Known as the Sierra Sounds, these clips have fascinated and stumped everyone from professional linguists to University professors who have all come to the same conclusion: they’re the real deal.

If you’ve ever been to one of our lectures, or happened to catch us on last season’s “Supernatural Bigfoot” episode of Finding Bigfoot, you’ll know that one of the things we love to teach people is a greeting in the alleged Bigfoot language. The series of words, taught to researchers in what they claimed was a “psychic link” with Sasquatch, isn’t a known language, and there are no known recordings of a Bigfoot speaking them, but the intention behind them seems to work.

There are recordings, however, that may show us a rare glimpse at the actual language of Sasquatch. Captured in the Sierra Nevada Mountains of Eastern California in the 1970s, these legendary recordings have become known as “The Sierra Sounds”.

Recorded inside the secretive “Sierra Camp” location by journalist Al Berry and avid outdoorsman Ron Morehead, the series of audio clips are some of the strangest and most compelling recordings in Bigfoot investigation history. According to the duo, the bizarre “chatter” was captured by hanging a microphone from a tree branch and then doing what all good investigators are used to doing: waiting patiently. As long as the pair was out of sight, the Sasquatch would continue their fascinating chatter regardless of their human voyeurs, in fact, at some points in the recordings, the Bigfoot are even heard interacting with the men.

According to the Morehead and Berry, the creatures would often run away whenever the duo left the confines of their small hunting teepee, so in order to capture the vocalizations, they had to stay completely out of sight, which meant they were never able to actually witness the creatures in the flesh.

For obvious reasons, the recordings captured the imagination of pretty much anyone who heard them, including retired U.S. Navy linguist, R. Scott Nelson. With over 30 years of experience studying foreign languages, Nelson was able to shed some light on the very strange audio clips. According to Nelson, what he was hearing was actual speech, and after studying the recording for years, he was convinced that what we we’re hearing was an actual, intelligent conversation in an as-of-yet undocumented language.

The public’s fascination with the Sierra Sounds also spread into the academic world, where they were the subject of a year-long study at the University of Wyoming. The study concluded that there was no doubting the sounds were primate in nature, and not only that, but that one of the creatures involved in the recordings far exceeded a human being’s lung capacity and range. 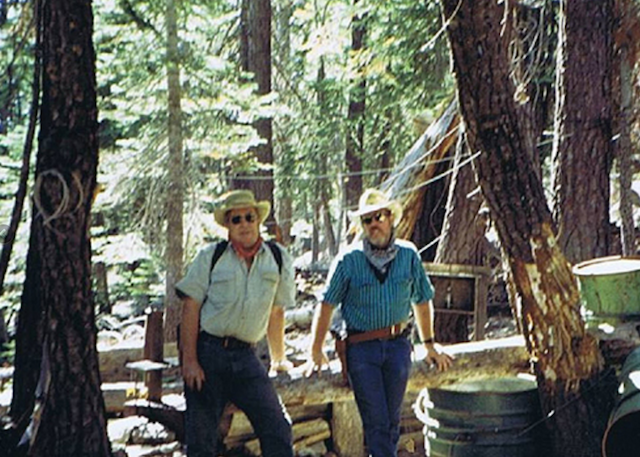 What made the Sierra Sounds (also nicknamed the Samurai Chatter) so impressive was that the high-pitched whistles, whoops, and grunts could not be matched by any known animal. In fact, the closet conclusion was that whoever (or whatever) had created those sounds had to be somewhere between a monkey and an enormous human.

“Years ago… it was established that the vocalizations which were recorded were not manufactured by an alternative source, i.e., speakers, amplifiers, or man. Most of the vocalizations are outside the human range. In 2008, it was established, through a Crypto-Linguistic study, that the sounds have a complex language structure and, anything with a language ‘must’ exist.” Ron Morehead

Morehead has since been back to the Sierra camp, and many more chatter recordings have been documented, but none have captivated the general public quite as much as the originals. Familiar Bigfoot calls often sound quite animal in nature, and that’s why the Sierra Sounds are so unique. There’s no denying there’s a distinct human element to the recordings, and for many of us involved in paranormal research, the idea of getting the chance to communicate the way that Morehead and Berry did would be a dream come true.

Luckily, we have the Sierra Sounds recordings to continue to fuel for our curiosity and quest for the strange.

Listen to the Sierra Sounds and let us know what you think and let us know in the comments below. If you’re looking for even more weird news, follow us on Twitter at @WeirdHQ or like us on Facebook.