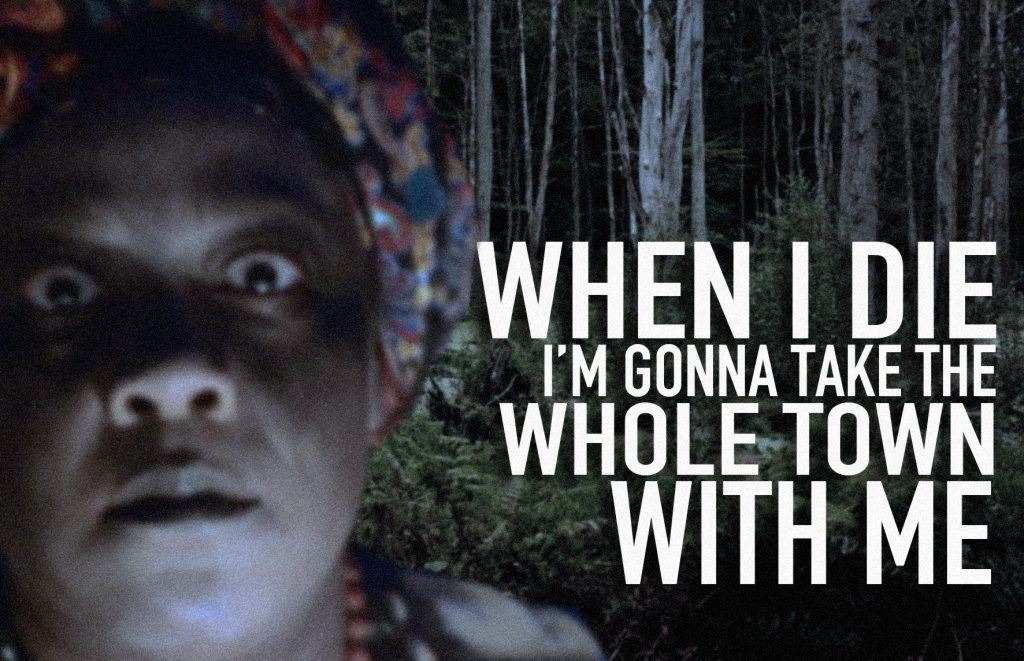 The mysteries and legends that surround Louisiana’s infamous Manchac Swamp are deeply rooted in its past, making the dense forest one of the state’s most famous haunts. Not only does Manchac Swamp have direct ties to Rougarou, Cajun werwolves of legend, it’s also said to be haunted by the ghost of voodoo priestess Julia Brown, who used her powers to destroy an entire town.

Julia Brown was a well-respected magic practitioner in her small town of Frenier, Louisiana. If someone got sick they had two options –  they could make the journey into New Orleans, or they could turn to Julia for a supernatural healing. It wasn’t uncommon for Julia to travel around the village performing rituals to help with childbirth, fight off infections, and cure illnesses, and more often than not, the afflicted would recover quickly. By all accounts, whatever strange powers Julia was harnessing – they worked.

Though the townsfolk respected Julia, they also began to take her for granted. When she started to feel as if her neighbors were using her, many of them demanding her help without asking, Julia Brown developed a bit of a mean streak, and began scaring the ungrateful locals by predicting when terrible things were about to happen to them. Whether she was foretelling future events or placing a curse, it seemed that Julia always knew when something bad was coming to the town of Frenier.

On September 28, 1915, Julia made her final terrifying prediction.. and then dropped dead. In the final weeks leading up to her death she was often heard singing,  “One day I’m gonna die, and I’m gonna take all of you with me,” over and over again.

The entire town gathered at Julia’s funeral hoping that the show of attention would help her soul rest easy, but unfortunately for them, it appeared to have the opposite effect. Julia Brown was true to her word. As the nails were hammered into her coffin, a sudden and unusually devastating hurricane ripped through the entire village, leaving only two citizens left alive. Hundreds of people died during the storm, in fact, so many were lost that locals claim it’s still common for skeletons to surface today, only to drift down the muggy swamp.

The force of the hurricane was felt all over Southern Louisiana, and claimed over 350 lives. One former resident, who was lucky enough to have left Manchac Swamp during the storm, recounted his experience from New Orleans.

“The water was washin’ in the front door. We thought we were gone. All the camps down there gone. On the big lake, that had big timber, big cypress timber, it was just like a break boar went along there. I’ll bet that storm blowed ever bit a hundred and twenty or thirty miles an hour. You could hear it come across the South Pass when it hit our place – just like a freight train.”

Over the years, countless developers have tried to rebuild the area, but the only thing that remains on the island where Julia Brown’s village once stood is a mass grave where the dead were buried. As you can imagine, the entire island now has a reputation for being an insanely active paranormal hot spot, where hundreds of people have experienced unexplainable activity, including the sound of a ghostly voice singing Julia’s infamous song.

In 2009, the A&E special Extreme Paranormal visited the swamp in an attempt to capture its paranormal activity on camera, followed by the SyFy series Haunted Highway in 2013. In both episodes, the teams believed they caught substantial evidence of the unexplained on camera.

Julia Brown might not have been Louisiana’s most famous Voodoo Priestess, but she certainly made a huge impact both during and after her life. Today, those willing to brave the waters of Manchac Swamp can sign up for a boat tour that takes curious investigators to the island, though judging by the destruction Julia caused the last time she was in a bad mood, I can’t imagine it’s a very good idea.

Have you ever taken a tour to Julia Brown’s infamous grave? Let us know in the comments below. If you’re looking for even more weird news, follow us on Twitter at @WeirdHQ or like us on Facebook.