It served as inspiration for Stephen King’s The Shining and has long been considered one of the most haunted buildings in the world, but in a surprising move, Colorado’s Stanley Hotel has told event organizers that it’s suspending all paranormal investigations and ghost hunting events as it moves into the busy summer months. Nightly ghost walks will continue as usual, but the future of actual paranormal investigations at The Stanley Hotel remains uncertain.

Via The Stanley Hotel

If you’re a ghost hunter, you better earn your Stanley Hotel badge in the next two weeks, because in April, the paranormal investigations at the legendary haunted location will officially come to an end for the foreseeable future. It’s a decision that has hardcore paranormal enthusiasts making plans for one last trip down the hotel’s winding corridors in search of restless spirits.

It saddens us to share this with you, but this week, the Stanley Hotel made the executive decision to cease all paranormal-related events and activities, including our public ghost hunts. We understand this to be part of a long-term strategy to separate the hotel from its associations with the supernatural and to focus more on the history.

We had a fantastic six year run, but it seems the end of an era is upon us. We’ll miss all of our guests and all of our spirits more than anything. It was an honor to share our experiences with you each week while trying to bring the paranormal into your lives in a way that was down to earth, educational, and, more than anything, fun. [..]

There was never any doubt that this was the experience of a lifetime. But of course, all rides must end. And, in the same way that our jobs were to study what persists after the ride ends, we too will persist after this.

After this article originally went live, Stanley Hotel management reached out to Week in Weird in order to clarify their decision to phase out the paranormal events. They’ve assured us that only the bi-weekly paranormal investigations hosted by the Stanley Paranormal Investigation Team are coming to an end, as the summer’s increase in weddings and other non-spooky events means catering to fewer night owls.

The nightly Ghost Walks and daily History Tours will continue as usual.

Here’s what The Stanley had to say:

“The Stanley Hotel is proud of its storied heritage. Part the hotel’s mission is to share this story and history with audiences from around the world.

As we head into the beautiful summer season, The Stanley will continue to offer guests the opportunity to learn about the hotel, and its special history through our daily Stanley History Tours and nightly Stanley Ghost Tours, just as we have for the past decade. While the Paranormal Investigations offered through the winter will no longer be available, The Stanley will be offering a range of new, exciting summer events and activities.

We appreciate all of our Stanley visitors and look forward to sharing new, fun and interactive events with all of our fans.

For more information about our tours please visit:  http://www.stanleyhotel.com/tours/night-ghost-tours”

So to clarify, all the signature Stanley events are sticking around, and you’ll still be able to take a guided tour of the legendary building’s haunted history, but the actual paranormal investigations are being placed on indefinite hiatus.

[Note: As they’re no longer relevant, I’ve removed a couple pre-statement quotes made by people under the impression that The Stanley was cutting paranormal content entirely]

Just last year, a striking piece of ghostly evidence was captured during one of the hotel’s bi-weekly ghost tours, appearing to show the spectral figure of a little girl said to haunt to property. 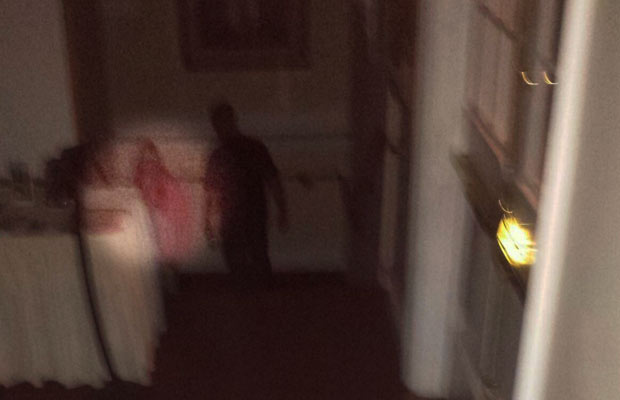 Here’s hoping that once the busy summer season has ended, The Stanley Hotel will revisit their decision to place ghost hunts on hiatus.

The Stanley Hotel’s official twitter account has responded to say that, while they are “de-emphasizing” paranormal investigations, their daily “Ghost Tours” will continue as usual. We’ve updated this article to further clarify the new policy.

@WeirdHQ @nuekerk We still embrace our strange and supernatural heritage, but we need to serve all of our guests, including the ghosts! — Stanley Hotel (@StanleyHotel) March 24, 2016

Amy Bruni’s Strange Escapes weekend, occurring April 8 through the 11th, marks the last of the ghost hunting events taking place at The Stanley, but tickets for the getaway are currently sold out. Those looking to get one last ghostly go at the hotel’s paranormal activity currently have two chances to do so by taking part in the last public ghost hunts offered by the Stanley Paranormal Investigation Team on Saturday, March 25, and Sunday, March 26. If you’d like The Stanley Hotel to continue celebrating its spirits with paranormal investigations, it never hurts to politely let them know. You can contact the hotel by clicking here.

What do you think about the Stanley Hotel’s decision to place paranormal investigations on indefinite hiatus? Will you be making an attempt to get one last ghost hunt in at the haunted hotel? We want to hear your thoughts. Tweet us @WeirdHQ, drop us a line on Facebook, or start a conversation in the comments below!