Just a handful of days ago, Randy O’Neal’s father got lucky and caught something with a flip phone camera. 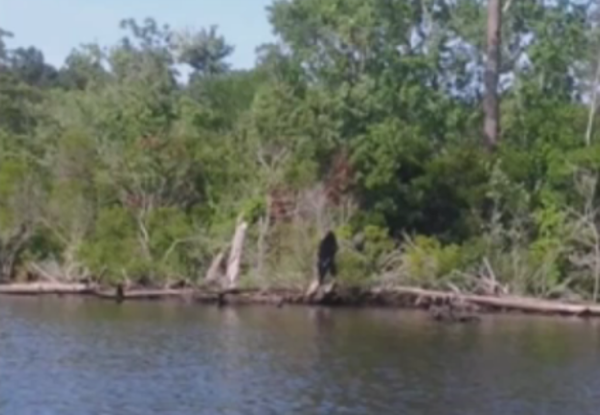 This isn’t his family’s encounter with a purported sasquatch. A camping trip, 25 years ago, Randy, his father, and a family friend kept spotting glowing red eyes in the dark. Randy raised a fuss, ’til his father called him out for being ‘chickenshit’, ordering him to shoot the damned thing.

Either Randy missed, or the creature could take both barrels from a shotgun, as something let out a blood-curdling howl before barrelling through the woods, then crashing into the water. The next morning, the trio found a wide path had been cleared through the woods by something big.

For Randy, these photos reinforce something weird’s happening in the Old Dominion. His video has the full story, but it’s 4 minutes, has a slow crawl to recount his first encounter, and I recommend hitting the mute button.

Is this an excuse to get subscriptions for his YouTube channel, or could these be legit? We want to hear from you on our Facebook page, at Twitter, or in the comments below!