In 1931, a renowned archaeologist found himself himself lost deep inside an unexplored cave in the Yucatan Jungle. When he had given up hope of survival, a blind Mayan Priest claiming to be a thousand years old emerged from the caverns and led him back to the surface before disappearing. Sound like a fantastic adventure novel? Believe it or not, it’s a newspaper report.

The strange encounter with the Loltun Cave Hermit was covered in great detail by the Modesto News-Herald in a January 3, 1931 article titled “Mystery of the Loltun Cave Hermit”, written by Edna Robb Webster. The article made liberal use of the archeologist’s own hand-written notes and original photographs of the expedition. Archaeologist and Architect Robert-Stacy Judd in an undated photograph

Robert Stacy-Judd, a California-based architect and archeologist, had been on a six-mile trek through the Yucatan with a party of explorers, when he and his crew descended into the Cave of Loltun, a massive system of caverns that ran deep beneath the earth, and at the time, was largely unexplored. Today, it’s known as the largest cave system in Mexico.

“We stored our equipment upon a safe ledge,” Stacy-Judd wrote, “lighted our torches and descended into a blackness that was almost tangible. Very soon, we discovered that the ceiling of the best known passage–one described in detail by previous explorers—had fallen in and that we must seek a new shall for descending to a lower level.”

“We crawled through a long tunnel on our hands and knees, sometimes lying flat and squirming through the narrow passage, and finally emerged into another large cavern that resembled the nave of a large cathedral.”

Stunned by what they were seeing, they began to take photographs, refill their empty canteens in the underground river, and further trek into the darkness. In all their wonder and excitement, though, they had gotten lost.

Recognizing none of their surroundings, unable to rediscover their path in, and running out of touch fuel, Stacy-Judd and his team started to panic, wondering if they’d ever manage to find their way out of the expansive network of underground tunnels. Then, they noticed a mysterious light coming from deep within the cave. It was a torch.

I shouted to my nearest guide to follow me – and started forward. My amazement increased. For there arose from the sold rocks, apparently – a human head. Just a head – and it appeared to be saved. Then, inch by inch, the body emerged into view. I was speechless with wonder when finally there stood before me in the arc of my flashlight, a very old man.

But his dark, wrinkled face showed absolutely no expression of surprise at my presence. He stood still, with a peculiar tilt to his figure as I approached him, an uncanny light gleamed from his deep-sunken eyes, a half smile twisted his lips. He had a scraggly gray mustache, but was beardless, by which feature I knew him to a full-blood Maya.

What I had first supposed was a shaved head, proved to be a thin half-gourd that he wrote as an improvised skullcap, from beneath the edges of which flared a thatch of course, iron-gray hair. Heavy white eyebrows stood out beneath the gourd. He wore a clean, white shapeless garment that was secured about his spare figure by a twisted vine, with the back of it gathered up loosely between his legs and fastened into the belt of vines.

His bare, shrunken legs had a series of heavy wrinkles beneath the bony knees, and the claw-like hands, gnarled and heavily veined, hung loosely at his sides. he wore sandals with thongs laced criss-cross around his legs, exactly as pictured by the ancient Mayas on the bas reliefs on the walls of ruined buildings.

“It was the weirdest experience of my life,” the archaeologist continued. “Visualize this old man in these unearthly surroundings, illuminated by the flickering lights of a candle and two smoke-trailing torches.” Photo of the Loltun Cave Hermit | Via Modesto News-Herald

As the old man stood there, Stacy-Judd’s guides began to whisper amongst themselves as if they’d seen a ghost. According to them, the old man was an ancient Maya Hol-Pop, a one-thousand-year-old bodyguard of Maximilian who had spent his unnaturally-long life deep within the caves guarding sacred relics and a secret stash of gold. After hundreds of years without light, he’d lost his eyesight, and was almost almost completely blind.

The old man told the Stacy-Judd’s guides that he’d had a premonition of their arrival in the cave, and had come to escort them to safety. With no other options, they followed the blind hermit deeper into the tunnels, twisting and turning through narrow passages, until they began to recognize caverns they’d passed through once before. Soon, they were standing at the entrance of the caves.

Before the mysterious Loltun Cave Hermit turned to leave, the archaeologist snapped a photograph of his fragile frame and placed several coins in his bony hands.

“As money, the coins were valueless to him,” Stacy-Judd wrote, “but they were not meaningless. He recognized the gift as an expression of my gratitude for his having saved our lives.”

With that, the blind hermit turned and retreated back into the dark caves, never to be seen again.

So, just who was this mysterious clairvoyant cave-dweller? And was he truly a thousand years old as suggested by Stacy-Judd’s guides? We’ll never truly know, but even Stacy-Judd himself doubted that the blind hermit was centuries old, instead believing that he may very well have been nearly one-hundred. 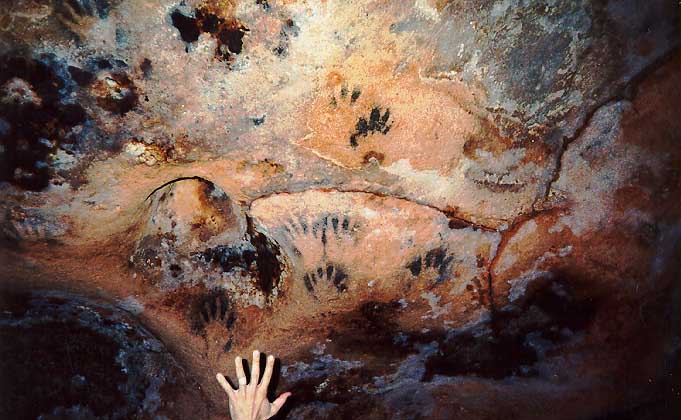 As for the claims that the Lulton Cave Hermit actually lived deep inside the caverns? Entirely possible. At the time, the Loltun Caves may have been largely unexplored by archaeologists, but today it’s common knowledge that the locals had been wandering their depths for hundreds of years. Cave art on the subterranean walls are evidence of this fact.

The real question is – how did this ageless Mayan priest know the explorers were in danger? How did a a blind man lead them to safety in a treacherous cavern? Did he truly have some gift of clairvoyance? Stacy-Judd’s own handwritten notes lend some interesting insight into the mystery. The archaeologist himself believed that not that the blind hermit was psychic, but something equally as odd: that the old man was being guided by the spirit of ancient Mayan ancestors.

Whatever the true explanation may be, the mystery of the Loltun Cave Hermit remains one of the strangest tales from the golden age of adventure.