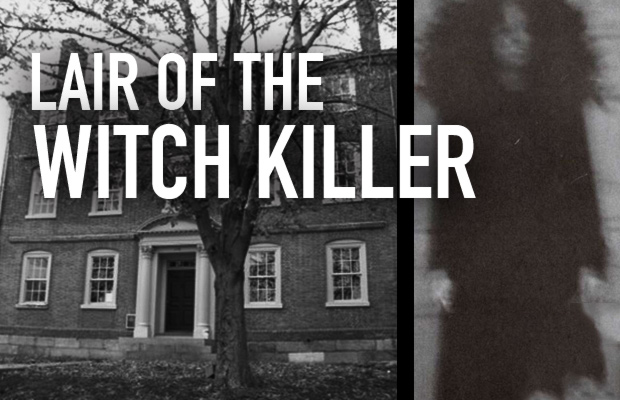 Salem, Massachusetts needs no introduction. Not only is it one of the most legendary places in America, it’s one of the most beloved travel destinations for fans of history, witchcraft, and ghosts. With so many spooky buildings to explore, it’s hard to nail down exactly which ones are the most haunted, but we might argue that the award go to the Joshua Ward House, lair of Salem’s most prolific witch torturer, and current home to his many victims. The infamous brick house on Washington street in Salem, Massachusetts stands where the residence of Sheriff George “The Strangler” Corwin used to sit. Corwin was the most nefarious interrogator and witch killer in the history of Salem, and built his terror-inducing reputation by being an absolute monster. He had developed numerous cruel methods for getting “witches” to admit their allegiance to Satan, one of which included tying the neck of the accused to their ankles until a stream of blood exploded out of their nose. “The Strangler” was responsible for the legal torture and murder of nineteen men and women who were accused of practicing witchcraft between 1692 – 1693, and much of these punishments occurred in a jail constructed in Corwin’s own cellar.

Corwin was also responsible for the death of Giles Corey, one of the Salem Witch Trial’s most famous alleged warlocks. Corey refused to confess to the crime, even after days of torture, so Corwin had to come up with an even more painful way force the man to admit his crimes. One after the other, large stones were placed on Giles Corey’s chest, slowly crushing him to death while a group of men looked on. With his last remaining breath, Giles Corey cursed George Corwin for his sadistic methods, demanding “more weight”, and then died.

As it turns out, some believe that Corey may very well have had some supernatural abilities, because just four years later, Corwin died abruptly of a blood ailment, and his body was buried in the basement of the house he tortured so many people to death in. Bad idea. Today the Joshua Ward House sits on the very location of George Corwin’s personal torture chamber, though his body was moved many years ago for fear of being desecrated. That certainly hasn’t stopped the house from being one of the most active buildings in town. Unsurprisingly, both Giles Corey and George “The Strangler” Corwin are both said to haunt the building. There’s another ghost, however, who has captured the curiosity of paranormal investigators from all over the world thanks to one very strange photograph. According to ghost hunters, the Joshua Ward House is also haunted by the ghost of an unnamed woman believed to have been tortured and killed at the hands of The Strangler. The restless spirit was photographed by a Carlson Reality realtor named Dale Lewinsky, who had been snapping polaroids for an upcoming listing of the home.  It wasn’t until she returned home that she noticed the ghostly woman standing in the house’s doorway. Over the years, countless people have claimed to experience paranormal activity in the Joshua Ward House, ranging everywhere from the discovery of warm candle wax in candle-less rooms to the manifestation of burning scratches on arms and backs. Some have even reported being strangled by a pair of phantom hands that many have blamed on the angry ghost of George Corwin himself.

Salem is rich with paranormal history, and for most of us, a definite bucket list location to visit if not to investigate. There’s numerous tours that take the brave and curious to the Joshua Ward Home for a quick adventure, but for anyone thinking about planning a trip to Salem, you should consider joining us on the Strange Escapes “Witching You Were Here” cruise, a trip on a haunted cruise liner which begins in Salem and heads straight to the Bermuda triangle!