Man Claims He's Discovered Fossilized Sasquatch Head in Utah Canyon, Carries It Around In His Trunk

Man Claims He’s Discovered Fossilized Sasquatch Head in Utah Canyon, Carries It Around In His Trunk When one thinks of Bigfoot evidence, the first things that often come to mind are plaster castings of larger than usual footprints, baggies of mysterious hair clumps, or the ever-popular photo of a blurry blob nestled in some trees. Well, one Bigfoot hunter from Utah thinks he can top them all. You see, he claims to be the proud owner of a fossilized Sasquatch head.

Todd May, a “semi-retired” private eye, says that he made the discovery while searching for fossils in Ogden Canyon, Utah. An “odd rock” caught his eye while sifting through the dirt, and he did what any good investigator would do.. he checked it out.

“So I went and dug it out, and you couldn’t tell what it was ’cause the head was face down; all you could see was the back of it,” he told the Standard Examiner. “But when I dug it out you could see the face, perfect.” 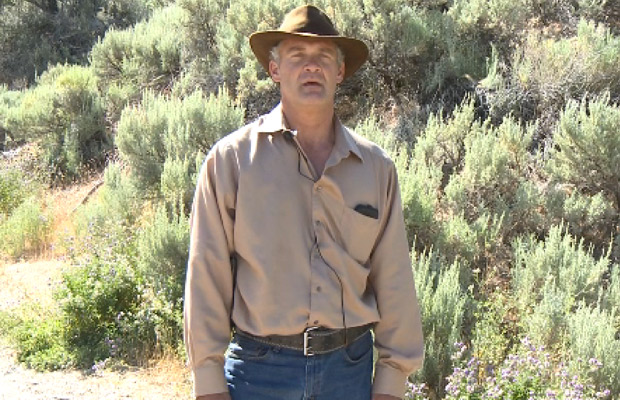 May is careful to point out the rigid jawline, the nostrils, and the eye sockets. At first he wondered if his discovery was simply a skull, but quickly began to believe that he had an entire Bigfoot head in his possession. Of course, not everyone is so ready to believe.

“I’ll admit that it is the most head-like rock I have seen,” he said. “However, there is no doubt that the object is a natural phenomenon. Basically, it is just the odd way the rock has weathered.”

As you can imagine, this news hasn’t deterred Todd May’s belief in his find, or in his own search for the hairy monster.

“I think people need to be more aware, open their eyes and be more aware of what’s around us,” he said. “Because I think there’s a lot of ancient (things), and fossils and different things, around us that if people would just kind of open their eyes to they’d see that we walk past them every day.”

For the last several weeks, May has been carrying his discovery around in the back of his Nissan, willing to show it off, but nervous at the aspect of lending it out to the wrong person for scientific study.

If all else fails, it makes a heck of a neat-looking paper weight.

What do you think of Todd’s discovery? Did he find the fossilized head of Sasquatch? Or is his new treasure nothing more than the product of erosion? Share your thoughts with us on Facebook, on twitter @WeirdHQ, or in the comments below!