It’s with a heavy heart that I share the news that Dallas Gilbert, the world’s greatest Bigfoot hunter, has passed away. He was 67-years-old.

Dallas was well-known in Bigfoot research circles for his mountains of photographic evidence and theories that pushed the boundaries of cryptozoology, but most of all, for being one of the kindest souls in the community.

The world met Dallas when he was featured in the documentary Not Your Typical Bigfoot Movie, which followed the struggle of he and his best friend, Wayne Burton, as they attempted to capture evidence of Sasquatch near their hometown of Portsmouth, Ohio. The documentary went on to garner great reviews at dozens of the country’s biggest film festivals, including SXSW. I met Dallas several years ago when he invited me and Dana to spend a few days seeking Sasquatch in their prized Bigfoot hotspot in the forests of West Virginia. While I went into the woods a skeptic, I’m not exaggerating when I say that the time we spent together that weekend had a profound impact on how I chose to see the world from then on.

While much of his work was often met with a skeptical eye – and even harsh criticism – by the greater Bigfoot research community, you would be hard pressed to find anyone who was more dedicated to the work than Dallas Gilbert. The walls of his office were covered, floor to ceiling, with thousands of photographs he’d snapped of the creature over the years, and shelves of VHS tapes lined the room, each filled with countless hours of field time spent in the rural woods. He could tell you what was on every single one, where he captured it, and what it meant for his search. 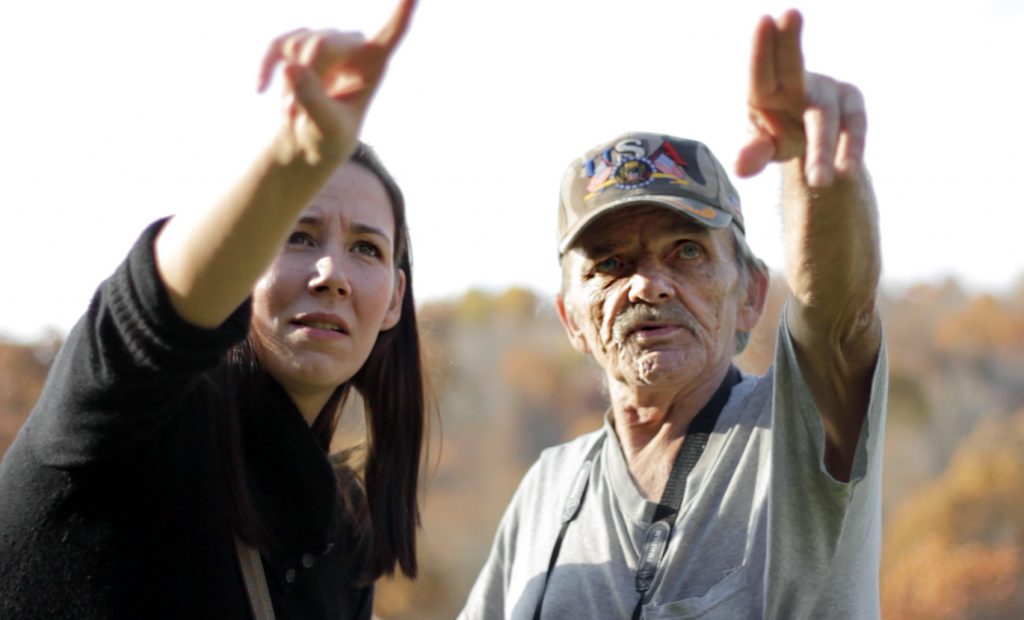 Dallas and Dana hit it off, and if you’ve ever heard her speak the “Sacred Sasquatch Language”, it was because Dallas was the one who gifted it to her. Whether the power of the words he taught Dana came from the aether or from some magic place inside of Dallas himself, they worked, and that was good enough for us. He was a true shaman if I’ve ever met one, in touch with the forest in ways most of us will never experience.

While huddled around the campfire one night, I asked Dallas how he wanted the world to remember him. Without missing a beat, he shouted out that he wanted to be known as the best Bigfoot hunter in the world, slapping his knee and laughing so hard he spit out a pink wad of Dubble Bubble, his favorite snack during field work. He may have been joking, but Dallas Gilbert is the man who made me believe in Bigfoot. Only the world’s greatest Bigfoot hunter could have done that.

Rest in peace, Dallas. I hope you’re finding some of the answers on the other side, but I have a feeling you already knew a lot of them.