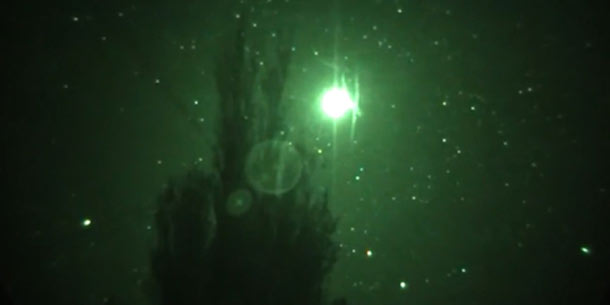 Night owls in the West Coast of New Zealand were treated to an assortment of strange light shows this week, as mysterious color changing objects danced and hovered in the night sky. At least one resident was thoughtful enough to grab a night vision video camera in order to capture the event on film.

The glowing orbs were first noticed last Saturday night by Russell Adams, who promptly set about filming them. Just when he was beginning to think they were just a fluke, the strange orbs reappeared yesterday night for around ten minutes as well.

According to local authorities, there were no aircraft in the airspace during either sighting.

You can check out the footage below, and for more on the sightings, visit The New Zealand Herald. What do you think the lights could be? Let us know on twitter @WhoForted, drop us a line on Facebook, or leave your thoughts in the comments section below.