What exactly crashed in the open terrain of the US Southwest back in 1947? Was it a weather balloon? Aliens from a far-off galaxy? Or even worse… could it have been the Nazis?

A new German documentary, UFOs and the Third Reich, aired last month on Channel N24 and made some bold claims about flying saucers. The main claim is that the real secret behind the Roswell crash was that it was a high-tech stealth aircraft made by Nazis. Well, in fairness, they weren’t still Nazis when they built it. Thanks to Operation Paperclip, many German scientists were secretly relocated to the US at the end of World War II. Instead of facing war crimes, they were put to work by the US government to help beat the Soviets in the ‘space race’. Undoubtedly, allowing people like Hans Kammler (who organized the forced labor factories at Auschwitz) to escape any form of punishment to gain a scientific edge casts its own black shadow over the already dark, elusive, and controversial study of UFOs. A photograph of one of the Nazi’s prototype disc-shaped aircraft showing the German Luftwaffe flag painted on its side.

Between 1941 and 1943, fifteen prototypes of what’s known as the Schriever-Habermohl Model were said to have been built in Prague. Named for its designers, engineers Rudolf Schriever and Otto Habermohl, this craft bears an uncanny resemblance to what we now think of when we hear the term “flying saucer”. Flight was achieved through a combination of rotary wings like a helicopter and let engines mounted beneath the disc-shaped craft. The blueprints for these craft are believed to have been taken to the US in 1945 where work continued. It’s one of these American versions that the filmmakers allege crashed two years later in New Mexico.

Under Hitler’s command, the Nazis experimented with peculiar and radical aerospace technology, most notably “Die Glocke“, a bell-shaped metal chamber measuring 15 feet tall and nine feet in diameter intended to fly without wings. It is believed that work was carried out to create 15 prototypes in Poland’s Owl Mountains in secret subterranean labs hidden inside the Wenceslas Mines which were later dynamited when the tide of the war turned against the Nazis. According to historian and former Polish journalist Igor Witkowski in his book The Truth about The Wunderwaffe, test flights of Die Glocke were conducted over Germany and Czechoslovakia… like Charlie and Willy Wonka in the Great Glass Elevator, no doubt. Were was Augustus Gloop when you needed him? 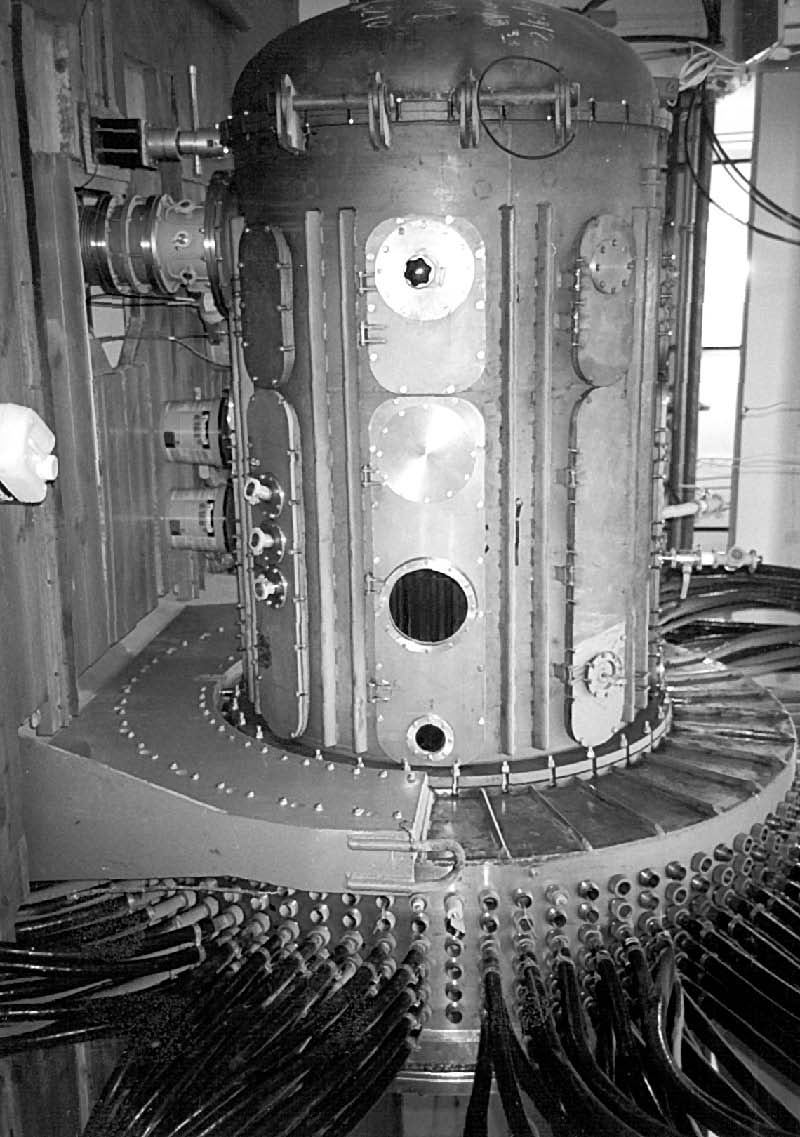 A German engineer named George Klein supports Witkowski’s claims that such an aircraft existed. He told the Daily Express, “I don’t consider myself a crackpot or eccentric or someone given to fantasies… This is what I saw, with my own eyes: a Nazi UFO.” Klein wasn’t alone; many American and British airmen also witnessed strange craft, including the Schriever-Habermohl Model and possibly Die Glocke, over Nazi-occupied territory.

And if Roswell was a Nazi craft, what can be said about the famous Kecksburg UFO of 1965? Resembling an upside-down acorn, Die Glocke was thought by many to have been an idea never brought to life. Looking at diagrams for Die Glocke and the object which crashed into the woods outside Kecksburg, it’s hard to deny the similarities. The US allegedly obtained plans for these craft around 1943, and some believe they experimented in building their own version. Illustrations of both Die Glocke and the Kecksburg UFO.

Could Die Glocke (or an American counterpart) have been launched, reached too high of an altitude and orbited the Earth as a satellite before reentering the atmosphere where it became a fiery meteor landing in Pennsylvania?

If there was ever a good reason for a government conspiracy covering up a crashed unidentified flying object in New Mexico outside of Roswell, it being a top-secret Nazi aircraft is most certainly a good one. Or is there an even bigger conspiracy at work here? Last year, Greg Newkirk revealed the surprising fact that Rachel, Nevada (UFO mecca and next door neighbor to the infamous Area 51) is slowly being consumed by Neo-Nazis and white supremacists. Is this new revelation about Roswell really just propaganda trying to justify a land claim by Neo-Nazis in New Mexico? Or is their settlement of these towns some deep-rooted attempt at a Nazi comeback in the 21st Century? Either way, I’d prefer the aliens.