Everyone with a love of scary movies knows that Vincent Price is the undisputed king of horror, starring in nearly a hundred spooky films since his Hollywood debut in 1933. What many people don’t know, however, is that during his horror heyday, he recorded four spoken word records on the subject of the occult, including one with a detailed how-to on spirit summoning and demonology. Now, you can hear it for yourself.

Back in the late 60s and the early 70s, the occult was a hot commodity. Satanism had gone mainstream with Anton Lavey, Hans Holzer and Ed and Lorraine Warren were bringing ghost hunting to the masses, and witchcraft was booming thanks to a rise in schlocky B-films. It only made sense that record companies get in on the action, and while we’re all familiar with the killer occult rock that came out of the era, there were a few oddities that are all but forgotten. Take, for instance, 1969’s Witchcraft and Magic: An Adventure In Demonology, narrated by the one and only Vincent Price. 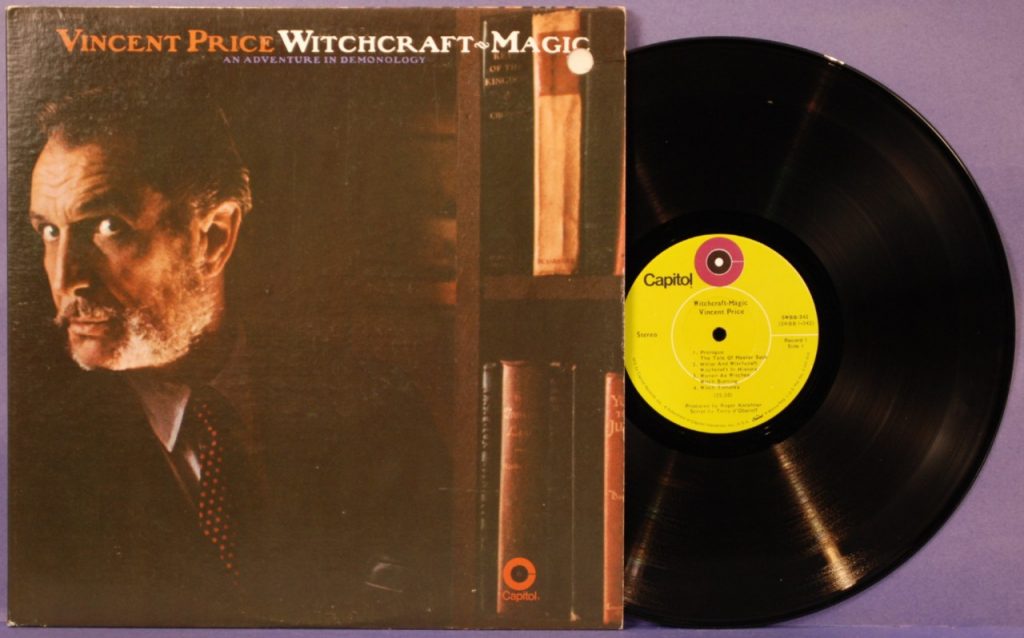 Now a mega-rare collectible, this double LP sees the master of horror recounting true tales of occult terror. He begins with a few brief tales of Hitler’s obsession with witchcraft before moving on to the Salem Witch Trials, describing in gruesome detail the awful torture methods used to pry confessions from alleged witches. From here, things get a heck of a lot creepier.

The second half of the record is devoted entirely to acting as a guide to conjuring spirits, including demons. For a novelty record, it’s surprisingly thorough, with Price giving instructions on exactly which symbols you should inscribe in chalk to summon particular demons. After a grave warning, Price even instructs the listener in detail on how to sell their soul to the Devil. Good luck with that.

Apparently, the original pressing of Witchcraft and Magic: An Adventure In Demonology included a small booklet that gave instructions on the creation of a Hand of Glory, a magical item of great power made from the severed left hand of a hanged man. You might think that a record like this might have been a niche seller, at best, but get this: the creepy LP was so successful that Vincent Price recorded three follow ups – 1972’s Tales Of Witches, Ghosts And Goblins,  1973’s A Coven Of Witches’ Tales, and A Hornbook For Witches in 1976.

These records are long out of print and have since become coveted collector’s items, but last week I managed to dig up a recording of the complete LP, which I’ve posted below. Just do me a favor and don’t actually sell your soul to the Devil, ok?

EDIT: As usual, the one and only John E.L. Tenney comes through as the weirdest man in the room. He’s got a zip file of the all the audio recordings hosted over at Weird Lectures. Pop over if you’d like to download the files to listen to on your next family road trip. The kids will love it.