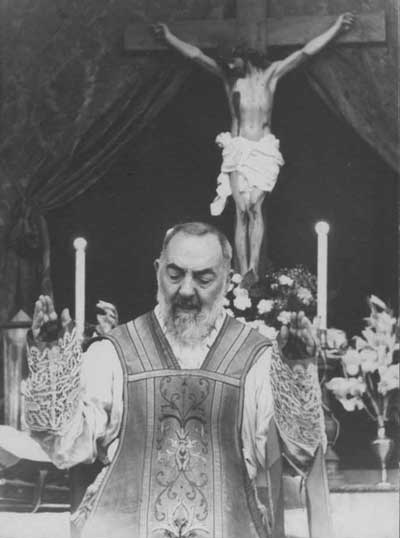 Stigmata, by definition, is a case of the mysterious and miraculous appearance of wounds on the body resembling those suffered by Christ during the passion; unaccountable injuries which appear on the wrists, feet, ribs and head of a person in conjunction with extreme anxiety and fits of ecstasy and visions of the crucifixion itself. In some cases, the wounds themselves do not heal at all and will continue to flow clean arterial blood, never rot, or produce fetid odors but instead are reported to secrete a sweet, perfumed smell.

Since the thirteenth century, when the first instance of alleged stigmata was recorded, there have been countless others who have experienced what science has yet to definitively explain and what the church has already accepted as miraculous. Experienced almost entirely by Roman Catholics, a majority of whom are women, stigmata has been described as “a connectedness of one with God’s divinity” and a literal transference of the wounds of Christ. My intention in this article is not to choose a side in this matter, but to present the evidence and invite our readers to debate their opinions on the subject.

The first historically documented instance of stigmata, as accepted by the Church, is reported to have taken place in August 1224 when first stigmatic, Saint Frasis of Assisi, traveled to a remote Tuscan province in Italy for the feast of Michael and all the angels. It was there that he had a vision of the crucifixion and soon produced the wounds of Christ, or what is now recognized by many as the stigmata itself. Another notable stigmatic was Saint Padre Pio Forgione, who at the age of 28, developed wounds and permanent piercing on his hands and feet, as well as a gash in his side, which remained open and bleeding until his death in 1968. After examination by doctors, Pio’s wounds were described as having the characteristics of being punctured repeatedly with a thick nail or other sharp object, yet they never healed and never once grew infected.

Yet another recognized case is that of Therese Neumann, who in 1926 began experiencing the stigmata, which would appear every Friday for thirty-two years. She is documented as having bled consistently from the hands, feet, side, and forehead, sometimes losing up to 0.5 liters of blood a day. Much to the surprise of her medical supervision, she would return to normal health by the following Sunday. Her case in unique because it was also reported that she took no food or water for the entire 35 years, aside from the communion wine and wafer. The physicians studying her at the time were able to establish that her intestinal tract had, in fact, withered, yet she remained of sound mind until her death in 1962. 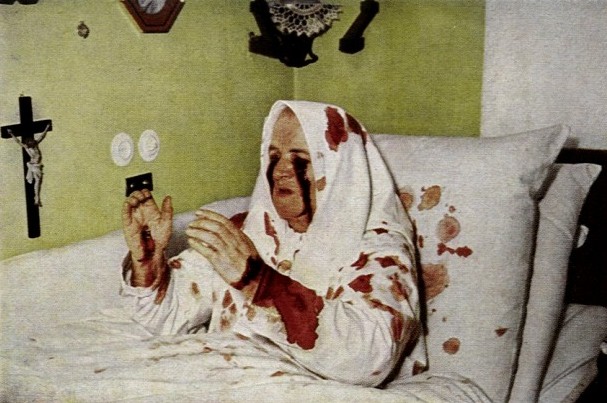 Although there have been many reported claims of stigmata throughout the years, and though the Catholic Church does recognize stigmata as miraculous, there are certain conditions that must first be recognized in order for the Church to declare a true stigmatic. These conditions are best explained in an article by Dr. Nicola Silvestri:

“The wounds must all appear on the same day, they must cause considerable modification of tissue. They must remain unaltered despite medical treatment; they must cause hemorrhages and must not result in infection or…in instant and perfect healing.”

One must assume these conditions are meant to separate what the Church considers true stigmata from the many hoaxes and false claims recounted yearly. Once must also assume they are examples of extremely abnormal conditions and ailments which are left incapable of diagnoses by doctors and specialists. In essence, there would be left no logical reason to explain the symptoms, aside from Stigmata.

In Section X, titled “Of Miracles”, of Western philosopher David Hume’s 19th century book, An Enquiry Considering Human Understanding, he writes, “when an alleged miracle occurs we ask ourselves which would be more miraculous, the alleged miracle or that we are being hoaxed?” From a more skeptical point of view one could perceive stigmata not as being miraculous but rather a completely logical ailment, albeit one yet to be diagnosed.  Perhaps by jumping to a miraculous conclusion, we are in fact hoaxing ourselves into believing something, when the reality is it has yet to be explained by rational science. Some skeptics believe that the answers to stigmata’s mystery lie not only in one possible explanation but rather in a series of many, all coinciding. While it’s a common fact in the scientific community that we have yet to fully understand the effects that the mind has over the body, medicine and psychology offer some interesting insight.

To date, there are many ailments that could shed further light onto the symptoms associated with stigmata. A complication of malaria called purpura, for example, causes a symmetrical blood hemorrhage into the skin, thereby affecting each hand and each foot equally. It’s important to note that purpura was a common condition around the time of Saint Frasis of Assisi. When punctured, purpura can cause extreme blood loss in both the hands and feet, leaving wounds that would, for all intents and purposes, resemble the wounds inflicted during Christ’s crucifixion. This does not, however, explain the continuous bleeding, nor the fact that most, if not all stigmatics never experience the decay associated with an exposed wound over a long period of time. Another possible explanation is the probability of diabetic ulcers most commonly related to the feet, hands, and back. In these particular cases, the skin will heal over tissue that is still infected, leaving the infection to grow until it breaks down the skin again, resulting in an open wound. The great majority of these ulcers are chronic and recurrent, which could possibly explain the continued return of stigmatic elements, but not the consistent loss of blood.

From a psychological standpoint, one of the most important details centers around the fact that almost all verified stigmatics are devout Roman Catholics. Some who’ve claimed to be stigmatic were consciously marking themselves in attempt to suffer as a form of piety similar to those of the Opus Dei who have been known to practice corporal mortification, or “the putting to death of the flesh”. The difference between the two, however, is that stigmata is classified as the miraculous appearance of wounds, and the other considered a form of pious punishment and atonement for sin. Psychology suggests the possibility that in extreme cases, stigmata is a psychosomatic condition brought on by excessive religiosity and tremendous meditation on the crucifixion of Christ. Stigmata was not recorded to have occurred before the 13th century, when historically, this would have been the time when the image of the crucified Jesus became a standard icon in western Christianity. The suggestion being then, that the newly established icon acted as autosuggestion for stigmata.

Hypnosis has produced interesting results on the body, such as tinting tears and sweat a more or less reddish color. When analyzed, this substance was found not to be blood, but rather a liquid affected due to a particular substance in the system. There have been recorded cases in medical history of persons suffering from “blood sweats”, where the body literally secretes blood out of the sweat glands; doctors have however, been able to determine the cause to be of particular maladies in the body, and not due to unconscious suggestion of the mind.

Believers and non-believers alike have argued their opinions and challenged the evidence surrounding the existence or nonexistence of stigmata for decades. As science begins to close in on answers to the remaining questions on the subject it, continues to leave considerable gaps in many hypotheses. In the cases of Saint Padre Pio and Therese Neumann, who experienced what appear to be very real and abnormal ailments, those interested are left with many questions unanswered by both science and religion.

As shocking as the claims of stigmata may be, it is obvious that in some cases, those afflicted are experiencing something very real that has yet to be properly identified and categorized. Whether that affliction is of a religious nature or a scientific one has yet to be distinguished and leaves the door open for continuous debate. If we cannot prove stigmata is caused by a legitimate disorder in the mind or body, is it reasonable for some to conclude that in those few extreme cases, perhaps there are genuine miracles at work? Or, as Humes suggested, are we then giving up all reason to believe in a hoax?